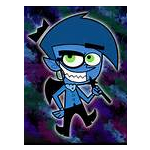 All messages must be below the happy faces (☻)!

I saw you're message i can't be more happy seeing it. Of course we can be friends.

-This Epic Poem Is Written By Chakatan

I Leik Ur Face Tenk U

- Another Epic Poem By Chakatan

I Use Flash CS5 Dude...But i wish i could get my hands on a Macromedia Flash

Hi, Mart! :D How's going? Anyway, just wanna ask what is your stikman form. Of course I need the inner line, the outline and the color of the eyes. I'm gonna make a wallpaper for "Slush Family" which is name of our group in our wiki. ~Fan sounds cool XD

wassup Mart! how are ya doin'? Thanks for your message! It truly was late, like, REALLY late...

But, anyway, how are you doing? good. im not new or anything. I joined in December 2012 -mart

Vincetick Wrote: is this it, Mart?

Why aren't I in your Friends List on your User Page?

Hi Mart! Heard you were back! :D ~Fanny!

Mart, how are ya?

You haven't been on the Wiki for a couple of months now last I checked...

Well two of our new users are keeping the place as active as it can and they deserve a lot of respect and praise for it since they've basically taken over the role I said that I would take over in the case that, somehow, most of you began to be inactive.

Most of us are at the Fanon wiki at this point, but me, Fan and Bob/Darkfire545, especially me, often come back here to check the place out. I do have plans to actually update the pages here but because of certain real life schedules preventing me from actually carrying them out (and others from my other wikis that I'm in), it's hard to actually edit a lot of pages apart from just my own user page.

But regardless, glad to have you back dude! If you want to right now, I'm at the Fanon wiki's chat room waiting for the others. You can join in if you can~

lol happy anniversary 2 me i guess

Retrieved from "https://slushinvaders.fandom.com/wiki/User_talk:Mart456t?oldid=90302"
Community content is available under CC-BY-SA unless otherwise noted.