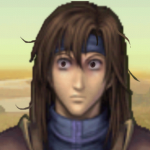 Finally, its been, what, 2 years or so? Anyways, dude its great to see you back on the Wiki editting or at least browsing, How are you? Remember Me?

Wow, I actually have a talk page now!

Anyway. Yeah, I remember you guys. It's good to be back. The main problem was that everything was already pretty good, there was nothing to add, et cetera. And I got pretty busy with my normal life and kinda dropped out after a while.

I get most of my info from my e-mail, too, and for the last year or so I haven't gotten any notifications from here, so that contributed to the absence too.

I'll see what I can do to further improve the Wiki. I hafta start school tomorrow, though.

EDIT: Dang, I've dropped in badge rankings. I guess I better catch up a bit.

Thanks a lot Vince, and thanks for addin' me a talk page!

...character look like? Cuz I dont recall you making a made-up fight back in the days... if you do, sorry if I dont remember, can you link me to that fighter of yours? if you dont, can you tell me?

Cuz I made a pic to pay tribute to this wiki's 3rd year anniversary and I didnt add you to it, much to my dismay and possibly yours. So, if by any chance, what does your character look like?

3rd Year Anniversarry for the Wiki ---->

Also, can you check out my new Blog?

I had a few on the bottom of my user page. However no art at all has been done on any of them. (Due to being busy, lazy, and having a lack of artistic talent and the proper application for it). You can use any of them if you like. Or you can wait till I put up a stick character of myself, since the sticks I made aren't me. Your choice.... (Neat pic though, dude!)

Vincetick Wrote: I'll just pretend there were no typos, also. Link me your fighter(s)? By the way, what do you think of the 3rd year anniversary pic?

The pic is awesome. You can use this fighter. (not actually an external link)

ANUDDER EDIT: Are you there?

Here's those pictures of those three fighters of yours that you requested me to do for ya. Hope ya like 'em! 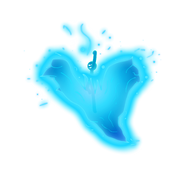 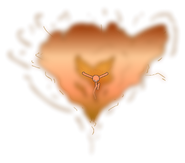 Stick Joshe (Combat Axe ability activated; Without the Camo Suit)
Add a photo to this gallery

Thanks Vince, it's awesome.

Also: I was afk for a while. sorry

off topic: I'm going to go camping in Mexico today and won't be back for a week.

But it depends on what type of story you wanna base me off of. An origin story or something like, a 'stare at the future' kind of thing. I'm actually happy that, above everyone, you chose me to center a story out of. In most cases, all of us combine each other in one story, just to make sure nobody is left out, but this is a first and I'm not angry about it. It's actually the first time I've seen someone creating a story with less than just one actual person here in the wiki, unless your story will have someone else soon.

Also, don't feel shy about posting your stories onto the wiki. Just make sure it's either a blog or a thread, because, we have too many fanon pages to take care of right now.

Anyway, thanks again for asking me first and taking your time to make a story about me and well, I just hope it comes on what you want it to be.

Stay Positive, be yourself and let your imagination run wild in creating a story... it's pretty good way to start one off and keep it going that way.

However I'm kind of confused about what an "origin" or "stare at the future" story is. Do you mind explaining?

I was more planning for your character to be more of a supporting character, instead of the main character. In the story that I am writing at the moment, I'm experimenting with a weak protagonist/main character who isn't as impressive compared to some of the other characters. (which also leaves a lot of space for possible character development)  Although what you've mentioned is a pretty neat idea, and I'll write that down as a possible future project.

The whole part of your story is gonna come from you, not from others. So technically speaking, it's all up to you on what you think best suits your story. Just remember that Imagination and Simple Creativity is the best key in creaing a storyboard.

Thanks for your support! I'll consider adding everyone (or, at least some of us) in this story or a future project, but the rest of the users will probably get a special mention somewhere.

You know what to do

Vince Said: I temporarily lost the internet connection and was forced to restart. I'm still there :D

Well, it wasn't all of my fault.

Considering how TRS was reacting whenever Fanny was around kind of led me to the assumption that he had a minor "thing" for her. Welp, strangely, I already knew it by the first and second time he used the "weirdly blushing" emote (check his comments on the Fanon wiki; on his own blog).

I've gone through the same thing he has before; Heck I've had a crush on 5 girls back in grade school actually. I fell for the first because she was pretty, the second because she was the only one who approached and befriended me straight out of the rest, the third was a bit too quick which turned into a frenemy type of relationship, the fourth was a bit complicated and the fifth....

Let's not talk about the fifth.

Right now, my heart currently belongs to a girl who was my previous avatar before changing it to the one I'm using right now. Despite her being completely fictional, I seriously don't care. Why? I'm glad you asked that, now click this link for a (nearly) complete answer to that question...

Anywho, likewise, yeah it was partially my fault, but it was mostly TRS', since he gave out way too much evidences in the crime scene for the Inspector to find him out. I'll talk to you later, bro.

--- Tru enough. I don't think that you're that abnormal for crushing on a -fictional character-, isn't that why the word 'waifu' was created...? Besides, I've crushed on a couple fictional characters myself, although those never lasted that long and never consisted of as much dedication as you have... I must say I'm impressed.

On topic now: why did TRS lay the facts down on the table for us to see in the first place? That is the question......

Vince Replied: Probably he didn't wanna be like Seth, lol. A little love weasel :3 But still. I'm assuming that the reason he did that was by accident. He didn't intentionally mean to lay it down on the carpet and just wait for us to notice it upon entering. Or he intentionally did so to get it out of his system.

I've had at least 3 girls acting like that in front of me, sadly I turned them down,. which I did not regret. Seriously.

Anyway, for now, let's just wait and see on what happens. Then let's add more questions to the subject, okay?

I'll talk to you later, bro.

Nah, it wasn't entirely your fault that you forgot. Blame time for that, lol

It'd be the one that I gave Vincent Universe, which is Red Rose, because that power both symbolizes Good and Evil. It's pretty complicated to explain, so for now I won't bother.

Sorry, if you did, I can't really remember, most likely due to the many "stupid things" that have happened this year, specifically, from June to now. So yeah, sorry about that.

I am so so sorry about what happened to your teacher.

I know the illness that follows the death of a friend, so I can relate to your pain.

If you want to talk to me about it, I'll be here.

Retrieved from "https://slushinvaders.fandom.com/wiki/User_talk:Darkfire545?oldid=83311"
Community content is available under CC-BY-SA unless otherwise noted.