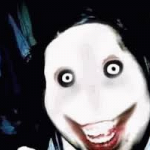 aka I'm going to hell

Don't do that Ever again...

Trolling is welcome here, just don't take it too far...

You just dissed a character that I really like with that Troll pic edit -.-

I hope you take this seriously, and can you do me a favor and take that troll pic off my User Talk and that Darude - Sandstorm music, please?

P.S: I'm not happy with what you just did

Bruh, the salt is real xD

Take the troll pic and Darude vid off my Talk, bruh.

I want to do it myself... but I'm too annoyed to do so, just by looking at them makes me wanna hit someone with a plank of wood.

I already forgave you a couple of days ago.

And actually, you can forget about that part with Stick Spring during your Valentine's Day animation. I kinda smiled to it though. But... don't ever disrespect Sinon again, please? Or to say the least, involve something that you know that I hate. I also find your thoughtfulness about considering me in most of your animations due to my excessive anger is very well appreciated. Thanks, bro.

Anywho... Stay Positive, be yourself (Just not that the annoying part) and PUNCAKE!!

You can learn all the stuff. things you need to know about Sinon on my User page. There's a link there that can take you to her character's page biography. From there you can know why I like her so much.

Hey Austin, if you got anymore codes, can you give them to me? (If you want to) Nintendo hardwear like your 3ds has pins as well :)

Yep. It was released last year... (and his name is Hiccup) ~Fan

Listen Austin, I'm trying to stop abusing my powers, but you're making it really difficult. This is your last warning. If you swear again, I will have no choice but to give you a week-long block. What stings even more is that your latest offense YOU POSTED ON YOUR USERPAGE!

No, I will not block you. I will only block you if you if you upload something else "unsatisfactory" for this wiki.

Bruh, If you're gonna just use Macromedia, use their actual colors since it aint have color limitations :3

Are you okay and where have you been?

Yeah, bro, you need to update it.

I found out that you can fight Nhazul in Ice Frosted Forest.

Yep. What should I do?

I finally beat him, and I only had to use Stickyle's special twice! Thanks. Also, who should I pick: Marc or Steric?

Thanks, but I'm not a beginner. This is my second run of the game because I already beat The Skunk. I've actually probably played more because sometimes I use Incognito mode to play with my friends

Sorry if this reply is late, but what I usually do is pick the better out of the two fighters that are presented to me, and the third fighter slot in my team is usually "fodder" since I'm forced to choose a new one every level.

Yeah. Having a good team is a curse, because it only lasts for 1 level.

Retrieved from "https://slushinvaders.fandom.com/wiki/User_talk:Anim8?oldid=77806"
Community content is available under CC-BY-SA unless otherwise noted.