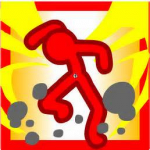 aka The Periodic Table

I DARE YOU TO READ THE WHOLE THING!!!!

1. I do not irritate anyone unless they irritate me

2. Don't mess with me if I don't put emojis next to my name.

3. Whenever the emojis are words in brackets and are pessimism, don't mess with me either

4. When I don't reply to a thread, It might be just I'm bored or you have gotten to far

Well, these are other wikians drawing of me or my characters!

Retrieved from "https://slushinvaders.fandom.com/wiki/User:StiCarson?oldid=72330"
Community content is available under CC-BY-SA unless otherwise noted.