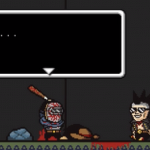 aka Nari hates me

I'd like to consider myself the local grammar Nazi; I have a keen eye when it comes to spelling and grammar mistakes.

Aaaaaaaand that pretty much sums up everything I do here for now. Because...life is busy.

Stuff About My Offline Life

*The Dunning–Kruger effect is a cognitive bias in which unskilled people make poor decisions and reach erroneous conclusions, but their incompetence denies them the ability to recognize their mistakes.[1] The unskilled therefore suffer from false superiority, rating their ability as above average, much higher than it actually is, while the highly skilled underrate their own abilities, suffering from false inferiority. Actual competence may weaken self-confidence, as competent individuals may falsely assume that others have an equivalent understanding. As Kruger and Dunning conclude, "the miscalibration of the incompetent stems from an error about the self, whereas the miscalibration of the highly competent stems from an error about others"*

Retrieved from "https://slushinvaders.fandom.com/wiki/User:Darkfire545?oldid=83711"
Community content is available under CC-BY-SA unless otherwise noted.