Stickhanh (Khanh) is a light brown stickman with a dark brown outline in the game, but apparently has no outline at all in the movie. He's also a member of the Slush Fighters. He has very strong legs and can utilize soccer balls as weapons.

While the Blues and Slush Fighters were battling with each other, Stickhanh and Stagar were outside relaxing while Stickhanh was bouncing a soccer ball and Stagar was relaxing. As Big Blue's Blues tried to capture him, however, Stagar beat them down and the two used the ball to beat down the rest that came for them. Stickhanh later appears to gang up on Big Blue. 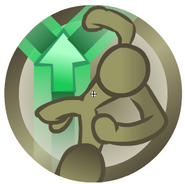 Stickhanh's Icon in the first game 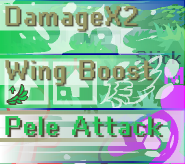 Stickhanh's Upgrades in the first game

Retrieved from "https://slushinvaders.fandom.com/wiki/Stickhanh?oldid=89677"
Community content is available under CC-BY-SA unless otherwise noted.