Stick Matt appears to help Sthomas to beat up a Blue by attacking it with his flexibility, right after Stick Brian gets finished attacking the Blue. Matt later appears to gang up on Big Blue.

Big Blue's minions failed to capture Stick Matt in the intro cutscene but somehow he got tangled up. You rescue him after beating Slusher. 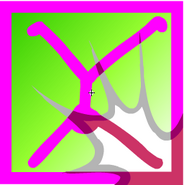 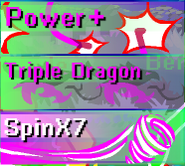 Stick Matt avoiding capture in the intro of the first game

Stick Matt's first appearance in the first movie
Add a photo to this gallery
Retrieved from "https://slushinvaders.fandom.com/wiki/Stick_Matt?oldid=80223"
Community content is available under CC-BY-SA unless otherwise noted.