The SlushyBall, as called by the fanbase, or a Pokeball, is an item shown in the Slush Invaders series. Big Blue captured Standrew, Steric, Stomar, Sthomas, and the other Slush Fighters in a blue colored pokeball, which led them to the Bitland level and Data Wall, and eventually to the Moon Prison.

The SlushyBalls did not make an appearance in the movie, although it can be safely assumed that, before Big Blue and his Invaders invaded Slusher, they used these objects to capture the helpless victims from the places they had successfully invaded, as well as captured some other people in it during their invasion on Slusher off-screen.

The SlushyBall were used to capture stick people, like the Slush Fighters, and held them captive so Big Blue can turn them into a Blue.

The SlushyBall first appears after defeating the Bluish Fighters, where after investigating the mysterious can of empty blue paint, Big Blue throws a specifically dark blue colored SlushyBall at Standrew, where upon impact, suddenly "captures" him and all of the fighters inside, trapping them.

It makes one more appearance after Data Wall, where after managing to defeat the digitized Invaders inside the SlushyBall itself, the Slush Fighters manage to escape captivity, only to find themselves within the Moon Prison of the Invaders on Luna.

The SlushyBalls make one last appearance during the Moon Prison level, where they can be seen in the background in a variety of different colors, along a large number of stick men locked inside some cages. Likely these prisoners were also captured by the different colored SlushyBalls. 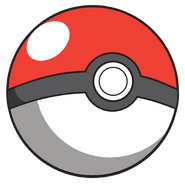 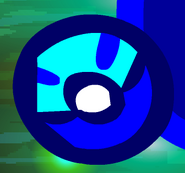 Add a photo to this gallery

Retrieved from "https://slushinvaders.fandom.com/wiki/SlushyBall?oldid=88881"
Community content is available under CC-BY-SA unless otherwise noted.