BriStick (Brian) is a dark cyan stickman with a white outline who's a member of the Slush Fighters. In the movie, he was one of the riders of Stick Waqas's rockets. In the game, BriStick is an ultra resilient fighter who speeds along the ground, sending anyone he hits flying.

BriStick gave Waqas the ready signal to launch the rockets at Slusher Wing. Along with Stickwart and Stick Dan, he flew on the rockets and landed on Slusher, where he took down a Blue after being the second one to hit. BriStick later appears to gang up on Big Blue.

BriStick is one of the fighters captured by Big Blue's men. He is rescued after beating the Bluish Fighters on NG+ mode.

BriStick's pose in the first game 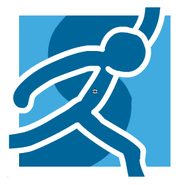 BriStick's icon in the first game 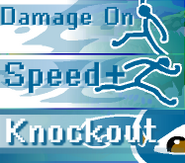 BriStick's Upgrades in the first game

BriStick's capture during the first game's Introduction
Add a photo to this gallery
Retrieved from "https://slushinvaders.fandom.com/wiki/BriStick?oldid=89731"
Community content is available under CC-BY-SA unless otherwise noted.