The Bluish Fighters are the Blue versions of Stomar, Steric, and Sthomas. They are encountered as the bosses of the 15th level in the game.

The Bluish Fighters will all aim for Standrew and possess the same abilities as their basic, normal counterparts. In order to defeat them, the player needs to repeatedly attack any of the members until their shared health bar completely runs out.

The Bluish Fighters act as the boss of Stage 3 and the third overall boss in the game. Upon being poured on with a mysterious blue paint can, Sthomas, Steric and Stomar are left by Big Blue and his cronies giving Standrew and his team a chance to save them. But are immediately attacked by the now corrupted trio.

When the Slush Fighters manage to surpass the Azures and rescue Stick James from captivity, they find Stomar, Steric and Sthomas trapped in a single cage in the middle of Galaxyrise. As Big Blue approaches the cage, he douses the trio in Blue Paint, a chemical used by the Slush Invaders to convert normal stickmen into Blues. He then rushes off, laughing all of his worries off.

However, little did Standrew and his team know that the paint was capable of massive, fatal changes to any stick figure. So the moment Standrew gets to the cage and frees their trapped comrades, they retaliate fiercely, signalling their now hostile behaviour toward the Slushers. Standrew then makes his own signal toward his team, commanding them to fight their corrupted allies all in order to cure them.

As the Slush Fighters engage upon the evil counterparts of their friends, they attack back, mainly at Standrew, as he is the leader of the Slushers. Sthomas rushes toward Standrew, delivering multiple attacks toward him, Steric snipes through the entire team with his sniper rifle and Stomar slashes and dashes his way through the ground fighters.

The Slush Fighters finish off what is left of the Bluish Fighters' fighting energy and strip the Blue Paint off of them, transferring them back to their regular but baffled selves.

We Run and Fight 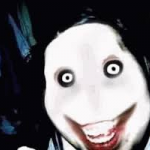 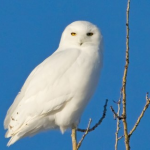 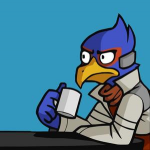 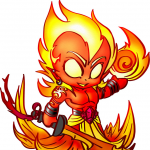 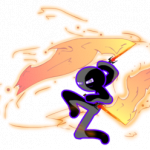