Start a Wiki
Ben Stickobi (Ben) is a green stickman with a white outline who is a member of the Slush Fighters. He wields a blue lightsaber that he can throw. His name, weapon, and abilities are a reference to Ben Kenobi from Star Wars.

In addition, Ben can also transform into a living lightsaber, as shown through his Ultra Attack in the game and in Slush Tile Rush.

Along with Sticorey, Ben Stickobi hid in the bushes, waiting to strike the team of Drabs guarding Stedro, Stickyle, and Stucker. As soon as a Drab went to check the bush they were hiding in, Sticorey punched him out while Ben pulled out his lightsaber and starting slashing some Drabs. Just when one was about to shoot and kill Sticorey, however, Ben freed Stedro, Stickyle, and Stucker, and all four stopped and defeated the last Drab. Ben also appeared in the montage, where he hits a Blue with his lightsaber. He later made an appearance at the end of the movie, where he, along with the rest of the Slush Fighters, ganged up on Big Blue.

Ben Stickobi is one of the Slush Fighters captured by Big Blue's men. He is later rescued after beating Drillfield Night.

Ben Stickobi is one of the first unlockable characters with Sthang. His attacks depends on how many tiles are near the one you clicked. One tile would equal 3 damage points.

"This fighter's tiles will automatically match neighboring tiles of his type!" 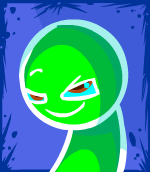 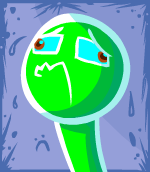 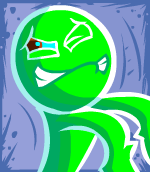 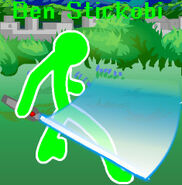 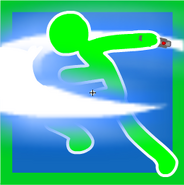 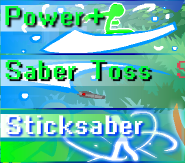 Retrieved from "https://slushinvaders.fandom.com/wiki/Ben_Stickobi?oldid=89794"
Community content is available under CC-BY-SA unless otherwise noted.