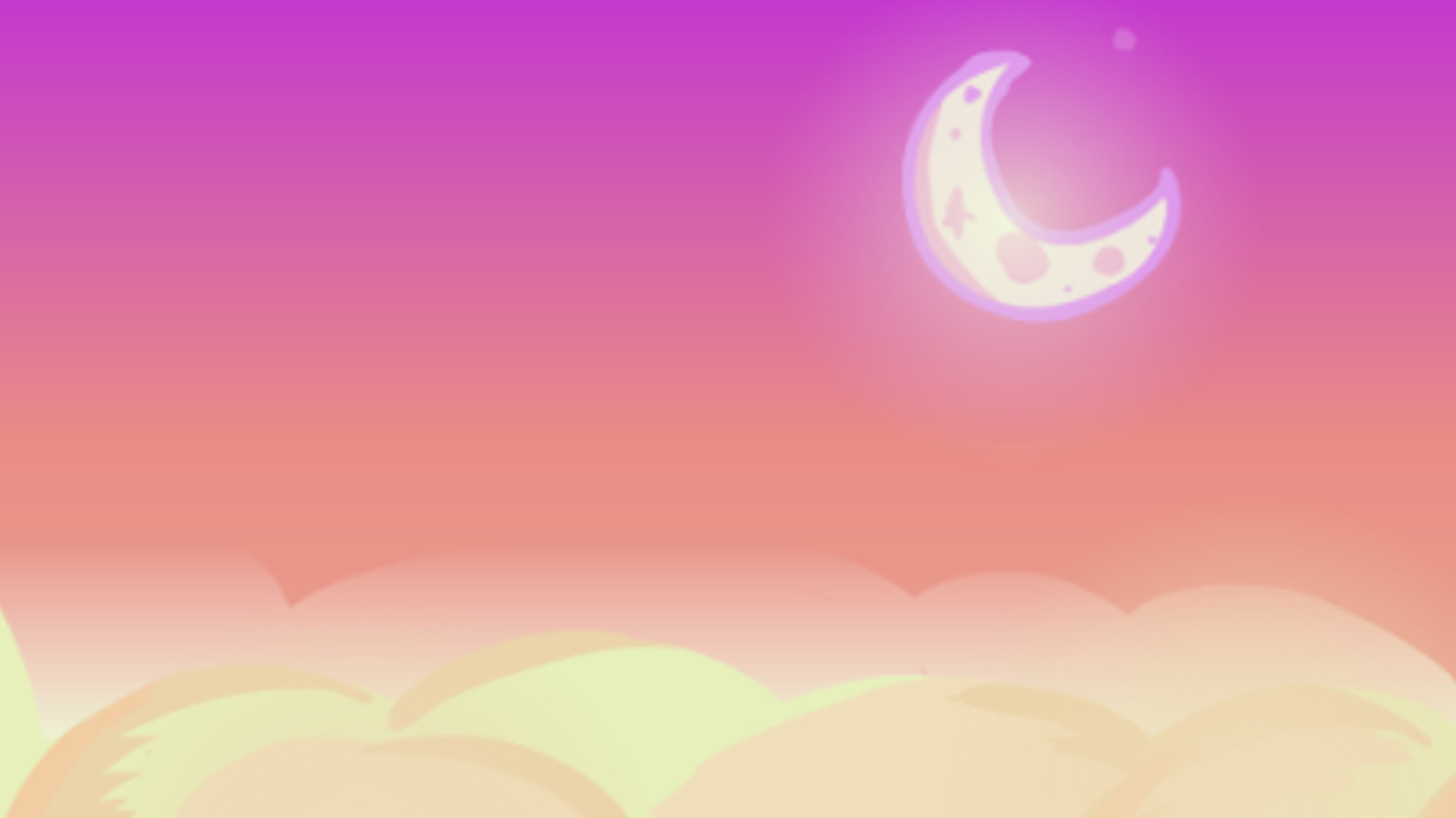 Uh yeah, I won't do my usual, as you guys may have grown a liking to it, "Ayoo!" intro. Why? Well my reason for that is kind of... how can I put this?

I guess that should be one word enough to describe it, I think? Well, I won't go into detail about that, since I need to say something more important than that. Anyway, I know this doesn't need to be said but I feel like it should be. What is it, you ask? Well, I don't want to waste all of you guys' time by having to listen to whatever I have to say again (my usual "too long" speeches; I'm sure all of you are already through with that crap of mine and I won't blame you if you are though.), but if you want to, I won't say "No".

Okay so getting down to what I have to say, I won't say it in a very long paragraph, but if it ends up being so, please bear with it, so here it goes:

I've always found myself one or two or more steps behind everyone.

I know everyone is gonna say "No you aren't", but please be honest and don't just give me a simple reassurance (that spans from one sentence to one paragraph).

Anyway, why do I feel like I am and how? Well it just falls to these:

In terms of being mature, I have never, truly, not even once, shown to be the most mature among everyone. I've always had a childish side to myself, while having a mind that thinks like an adult within the body of a teenager. I've said that before. However, most of the time... I'm childish. I never act my actual age, unless if it was about concerning topics or discussions where seriousness is a needed attitude, which I also still lack even if I have said that I'm "the most serious" user around here. I'm honestly not -- I just believe myself to be. I am gonna admit that, ever since then that Fan, Chak and even TRS have displayed signs of being more mature than I am and should at least be the voice(s) of authority and figure(s) of encouragement than I am.

For creativity, I'll split that into two things: Artistic talent and story writing.

I'm coming clean here --- I'm not the best artist here nor am I the best story writer. Even with the fact that my Stickman Universe series is a real thing and the many fan arts I've done, I'll go clean that I have never actually let my inner "wildly artistic" side go free like I should. Why? I'm always in doubt with myself and always in conflict with the countless amounts of failed attempts I've done it. Yes, even for my own waifus, I've failed to even draw them the way I envision them to be. While I do have a brain that never loses any, not even the tiniest, amount of ideas, I can never really put them into action and thus end up sidetracking and doing the opposite --- whether it's me doing the bad side of it or not doing it all, etc.

For placement of the best among us as an artist, it should go to Fan, with her tying with Chak. Why? I'm certain the ideas Fan has, even if they are just reference-based, can at least put her ideas into action by literally drawing them. This goes with Chak, more or less, and I am just about as amazed to the point that my mind and heart is blow away by how good my "little sister" and "little brother" are. Better than I am. Fan's choice in artistic detail and perspective toward traditional ways, while Chak's choice of digital mixed with a few traditional, combing it with his own artistic detail and derpy background are the things, even with my own artistic style (please don't use this as a way to make me look better since I'm not), that I know I lack myself, even with my own undying love for drawing. Though I think Fan and Chak look up to me (which I think they don't), it's not enough to know that these two are ahead of me in this category (no, I'm not envious).

Story writing. Yes, while my Stickman Universe series is at least 4 years away (get hyped, fam!) and the, I quote Darkfire/Bob, "crap load of time" I have put in it, I have never seen my series as anything BUT as a series (yes, this is coming from the creator himself, who is me) --- in hindsight, I mean that while I believe and know it will be the best (and first) stick figure animated series in the future, the side of me is (no Seth, not my critic side) always up in my head at thinking it won't. Not okay, but bad. For this and how I see myself behind on this?

I will have TRS as an example, and even Dimitri. TRS has a good brain when it comes creativity, at which I feel bad for him for being overshadowed and his own ideas being ignored or forgotten and thus never getting the amount of attention they should get. Dimitri's own way of story telling has, surprisingly, intimidated me to a point where... at times I feel like I'm not fit to be a story writer, despite my own love for it (no, this doesn't fall on the "just do what you want to do and ignore the rest" deal). I won't say that I hate TRS OR Dimitri over this. Why would I? I love the two guys, just as much as I love all of you. Back to the topic, how? TRS is good at somewhat combining characters from others (be it from a series he likes or from us) and his own and turning them into a fun storyline... but unfortunately is not able to tell the full detail of it since he becomes discouraged by how nobody pays attention to them, leading him to cancel them completely out of the feeling that he isn't being appreciated. Dimitri, with Enigma, has his own certain twist when making a story, comic-wise. I have read his "Sibling Rivalries" series at the Randompedia... and it showed me that, while the 6 year experience is something I have for working on SU non-stop... I have come to the thought that I still lack certain things when writing a story that, instead of rising up... I'm falling down.

Though he should never be mentioned here ever again (cuz he's a prick now), Trializ and his brother are also very talented artists. I will be honest that when I first saw Tri's drawings... I got pushed back into a corner and had a deep thought about my own ideas at which I ended up tearing apart because I saw how bad they were. Tri didn't mean to do this, I know. But the impact was enough to metaphorically cause me to feel as such. Seth is also becoming very experienced, and once again, I will say he's becoming better than me. It's stupid for me to always doubt myself, and while some of you might think that it's just me talking non-sense.

This is why I have always felt one step behind everyone, which is a contrast to what you guys might think: me being one step or more ahead of you. Now you know that I'm not ahead of all of you, I'm the opposite of it.

I'll be honest with you.

I can't think of a good way to reply.

So I'll just say thanks for letting us know what's on your mind.

i mean, not to be condescending here but, its true. I mean with your series and everything and how you managed to connect each character in SU actually shows your own passion for creativity and diverse, fictional world where the characters arent just pieces of work that are well literally just works. I think that, as i would see anyway in my opinion, unlike most writers or creators out there who tend to forget a few, some or at best most of their own characters in their respective series, you bring the rest and even show the others who arent a part of the main series now to make sure that they arent forgotten.

the way you built them up does show your own touch in empathy toward your creations and by the details you do in your drawings only adds that you are passionate with what you do. I might be starting to sound what you didnt like but, i couldnt find any other line of words for that so, sorry.

in any case i do respect you because of that and though you may do troll me, especially when gaming, its all in good fun and i, again in my own eyes, can see that you just like to have as much fun with your friends, your creations and the ones close to you as possible. you did say before that life is too short for all dour things to be wasted on and I do agree with that. Being too serious or too down on the world is a waste of time.

But in your case, the way you overly detest yourself as you have explained is your own way of motivating yourself to push further and farther as far as you can. I did get inspired with that in my own regard since you are one of the people who i see is the strongest in this world who, despite their own shortcomings, can still motivate themselves high enough with hope to keep pushing forward with their lives and not giving up. i dont know if anybody else is going to agree with me, but i just wanted to tell you that

you are one of the people I admire and it is thanks to you I became a part of this community and stickman universe community, with the latter being a really nice and open-minded community you made in fact.